In the early days of 2022, the airport was “full of passengers”, the good news of the aviation industry is a positive signal for trade and strong economic recovery.

When the demand for people returning to Ho Chi Minh City increased, while the number of flights operated by airlines was still limited, many flight routes were sold out or at high prices. A survey of ticket sales pages of domestic airlines on February 6 showed that, for the Hanoi – Ho Chi Minh City route, Bamboo Airways, Vietnam Airlines and Vietjet had already sold out tickets early.

According to the Southern Airport Authority, on February 6, the number of passengers on domestic flights to Tan Son Nhat reached 70,000. This is the highest number of guests since the service after Tet. According to the Civil Aviation Authority of Vietnam, from December 29, 2021 to January 10, 2022, domestic airlines operated 4,480 flights with 547,000 passengers, the average seat occupancy factor reached 64%.

Figures from airlines show that, during the Lunar New Year from January 17, 2022 to February 11, 2022, Bamboo Airways provided nearly 600,000 seats with an occupancy rate of nearly 80%. Up to now, the number of bookings is increasing strongly, with the average occupancy factor of the airline’s entire domestic flight network reaching 100%, most of the routes are already full, especially on the main routes such as: Hanoi – Ho Chi Minh City, Da Nang – Ho Chi Minh City,… odd trunk roads such as connecting Ho Chi Minh City with Vinh, Thanh Hoa, Hai Phong, Quy Nhon… and tourist routes like Hanoi /HCMC – Phu Quoc, Hanoi/HCMC – Con Dao. 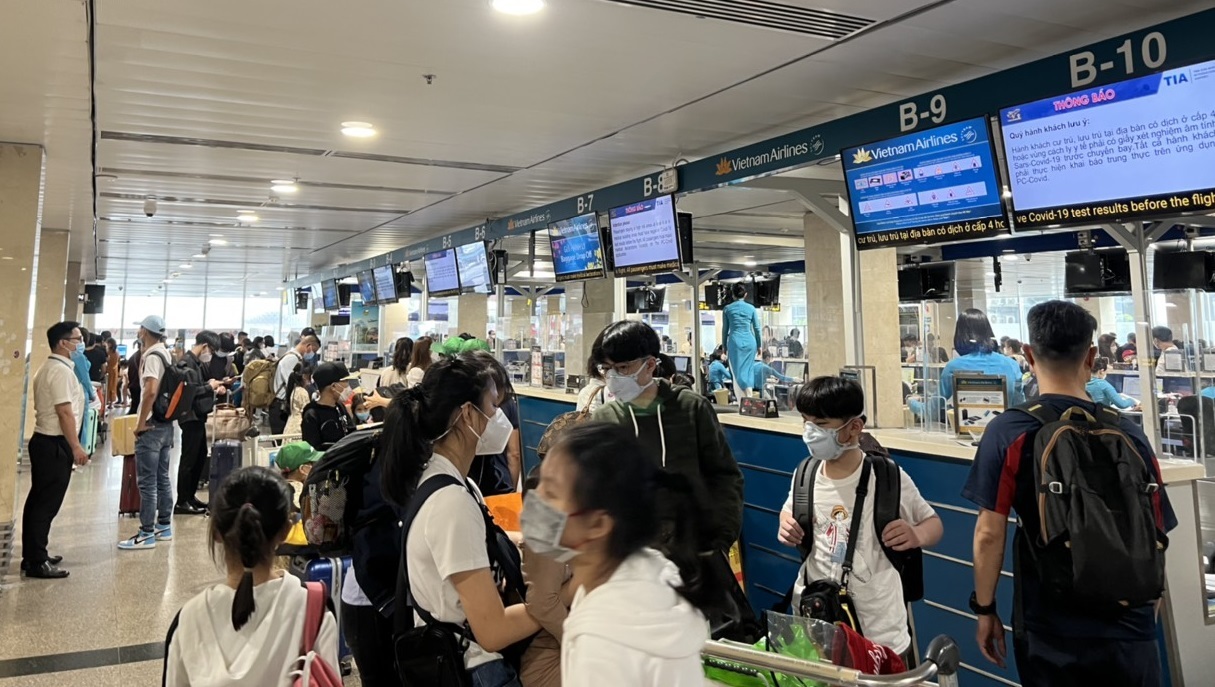 The number of passengers traveling by plane has increased dramatically

Being ready to fly internationally

In the coming time, airlines are readying plans and resources to exploit a series of domestic and international routes to key tourist markets of Vietnam. In the domestic market, after Con Dao, Bamboo Airways launches direct flights from Hanoi – Rach Gia, Ho Chi Minh City – Dien Bien… Meanwhile, Mr. Dang Tat Thang – General Director of Bamboo Airways – commented, The aviation market will recover strongly and Bamboo Airways plans to expand the scale of its international flight network to 40 routes in 2022.

In 2021, BamBoo successfully conducted the first non-stop non-stop flight to the US and announced regular non-stop commercial routes to the US, UK and Australia ready for the rapid expansion of the network. international. In the new year of 2022, Bamboo Airways quickly opened ticket sales for international routes connecting Taiwan (China), Japan, Korea, Singapore, Germany, UK, Australia… Along with that, the airline also urgently complete preparations to be ready to expand regular flights to Thailand, Laos, Cambodia and especially the US when conditions permit.

On the Vietjet Air side, CEO Dinh Viet Phuong said that Vietjet Air has resumed regular flights to Japan with a frequency of 1 flight per week and is expected to increase in the near future. 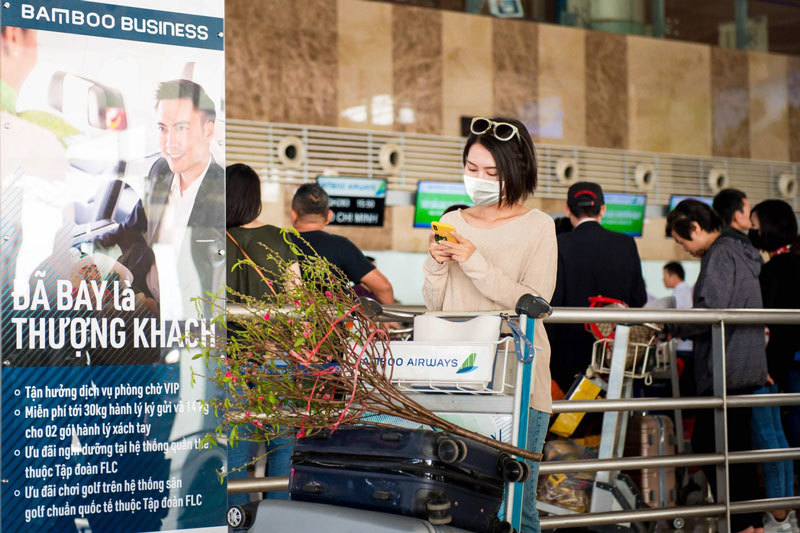 According to Mr. Bui Doan Ne, Vice President and General Secretary of the Vietnam Aviation Business Association (VABA): Aviation is the driving force of economic development. Aviation growth of 2.5% will contribute to stimulating national GDP growth of 1%. Before the pandemic, every year, air transport revenue increased by 15%-20% on average.

The General Secretary of VABA forecasts that Vietnam’s economic growth in 2022 will be from 6 to 6.5%. This is the basis for the growth of the aviation industry to reach 15-20% compared to 2021. If the epidemic continues to be controlled and the economy is opened up, Vietnam’s aviation industry will recover sustainably in the year. 2022.

Assessing the Vietnamese aviation market, Mr. Darren Hulst, Boeing’s Vice President of Commercial Marketing, said that a strong and sustainable domestic market to support international services is a factor. key, in the recovery process. The recovery of domestic aviation also contributes to economic development and the domestic and global aviation network.

ACI International Airports Council forecasts that in the 2018-2040 period, Vietnam will have an average annual passenger growth rate of 6.2% – the highest in the world, thanks to the rise of the middle class. and the development of airlines.