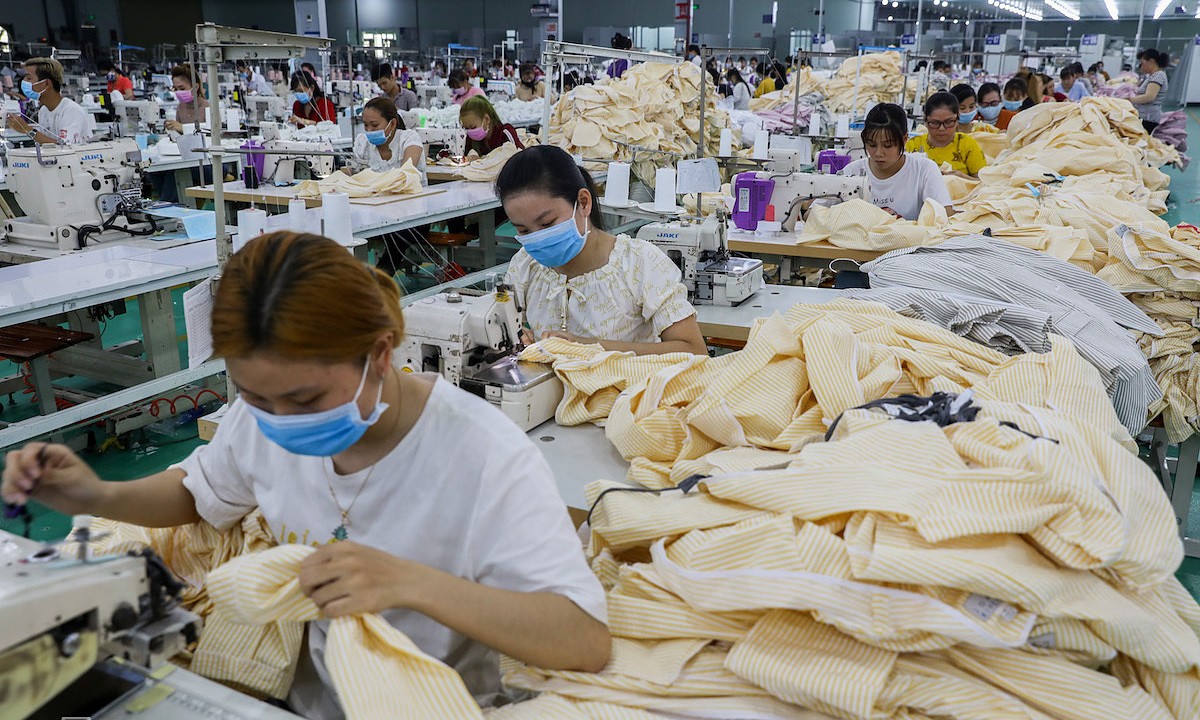 Workers at a garment factory in HCMC in 2021. Photo by VnExpress/Quynh Tran

Addressing the summit held in Hanoi, Marisa Lago, Under Secretary of Commerce for International Trade, highlighted the three focus areas for Vietnam-U.S. business ties, saying she believed that “great opportunities” would happen this year.

“We are building a plan to bring American medical delegations to Vietnam. We are also ready to introduce the leading U.S. corporations in the energy sector to Vietnam.”

She said that Vietnam had become a major trading partner of the U.S. and there were more than 100 American experts willing to support businesses of the two countries in investment and two-way trade.

Myron Brilliant, executive vice president and head of the International Affairs Division at the U.S. Chamber of Commerce, said he highly appreciated the fact that many Vietnamese goods are being imported by the U.S.

“I hope that American businesses will have more opportunities to access the Vietnamese market,” he said, expressing regret that the U.S. has not yet joined the Comprehensive and Progressive Agreement for Trans-Pacific Partnership (CPTPP), which Vietnam has been a member of since 2018.

“I am confident that the growth trend in trade and investment between the two countries will continue to be maintained,” said Adam Sitkoff, executive director of the American Chamber of Commerce in Hanoi.

Businesses of both countries agree that Vietnam-U.S. trade and investment relationship has great room for development, summit participants said.

For the U.S., Vietnam is an important link in the global goods supply chain and this role is expected to strengthen in the coming time. At the same time, American companies and investors have contributed significantly to the transformation and growth of the Vietnamese economy, they said.

Addressing the summit, Prime Minister Pham Minh Chinh emphasized that the bilateral relationship between Vietnam and the U.S. has developed very quickly and achieved many good results in various fields over the past 26 years.

In economic cooperation, the U.S. has always been one of the biggest partners of Vietnam, he noted.

Bilateral trade turnover between the two countries has increased by about 250 times from $450 million at the time of normalizing relations in 1995 to over $111 billion last year.

The U.S. has nearly 1,150 active projects in Vietnam with a total registered investment capital of more than $10.3 billion, ranking 11th out of 141 economies that have invested in the country.

“I am pleased with the results of AmCham’s 2021 business investment survey, which has found nearly 80 percent of AmCham Vietnam members are “very positive” or “positive” about the medium and long-term prospects in the Vietnamese market, the PM said.

He said the “mutual complementarity between the two economies and the dynamism of businesses of the two countries” has been confirmed over the years, he added.

The PM also said that Vietnam was currently focusing on digital transformation, aiming to build a digital government, digital economy and digital society because it was an “inevitable” development trend; and these are sectors that U.S. was normally interested in.

Vietnam and the U.S. can be trusted to successfully solve problems and continue to promote their relations on the basis of “mutual benefit, shared risks,” Chinh stressed.