CNBC news agency quoted the newly released financial report of Nike, which said that in 2021, Vietnam’s shoe production for Nike accounted for 51%, while this proportion in China had dropped to 21%. In 2006, China produced shoes for Nike at 35%.

The report also said that Indonesia also surpassed China in the production rate of Nike shoes with a figure of 35%.

In fact, Nike is not the only representative to move factories from China to Vietnam. Even their biggest competitor, Adidas, is moving in a similar direction, with 40% of its footwear produced in Vietnam.

According to a representative of the Vietnam Leather, Footwear and Handbag Association, Nike branded products are supplied by 191 manufacturing factories located in 14 countries around the globe. In particular, most of Nike’s footwear products are manufactured outside the US through more than 15 independent contract manufacturers. Before 2010, China was the largest manufacturer of Nike footwear, but has since been replaced by Vietnam.

Talking to Lao Dong, Ms. Phan Thi Thanh Xuan – Vice President and General Secretary of the Vietnam Leather – Footwear – Handbag Association, the reason why Vietnam has become the largest Nike shoe producer in the world is because Vietnam has human resources are abundant. “The potential from the abundant labor force is the factor that attracts Nike to choose Vietnam,” said Ms. Xuan.

Besides, according to Ms. Xuan, the processing quality of Vietnamese footwear products is quite good, meeting strict requirements from partners.

“In recent years, a number of enterprises in the footwear industry have invested in modern machinery and equipment, automating a number of production stages, thereby improving labor productivity and product quality.” Ms. Xuan said. 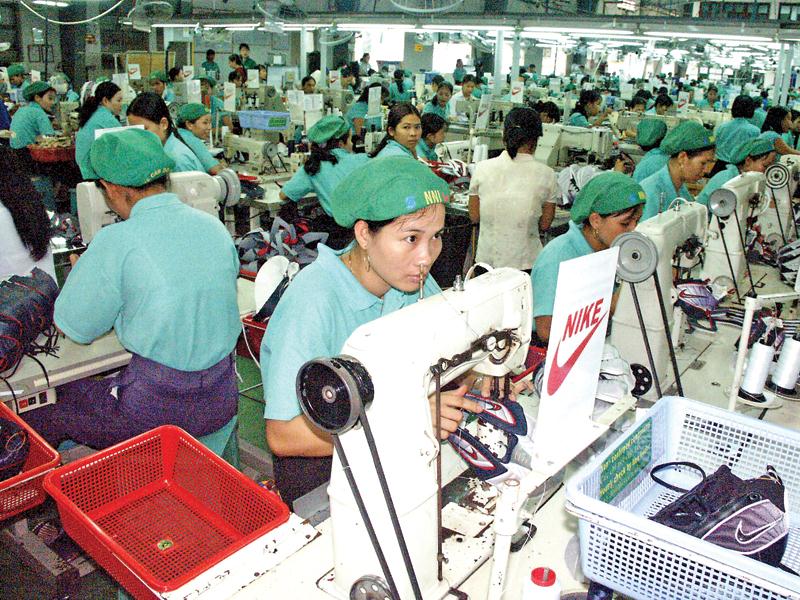 Previously, Vietnam was Nike’s second largest footwear supplier, after China. However, according to the company’s recently released report, this result has changed significantly (Photo: Le Toan)

In fact, the 4th wave of disease in Vietnam has affected Nike’s production quite a lot. There was a time when major Nike shoe suppliers in Vietnam had to temporarily close to prevent the COVID-19 epidemic from causing disruption. Factories in Vietnam then reopened in mid-September 2021.

Mr. Noel Kinder said that currently, all nearly 200 Nike factories in Vietnamese localities that were broken due to Covid-19 have returned to production. The Group commits to continue to invest and expand production in Vietnam.

Vietnam has become the largest footwear and clothing producer for Nike Corporation globally. Nike’s extensive investment activities have been carried out strongly over the past decade, along with the maintenance of production plants in China, Indonesia…

There are many reasons why Nike chooses Vietnam, in which abundant labor force and reasonable cost are an important factor in Nike’s investment decision. In addition, Vietnam’s opening to integration, participation in many free trade agreements such as CPTPP, EVFTA, UKVFTA… are also plus points to create more advantages for the Group in import and export activities.

Therefore, at many difficult times, especially the 4th Covid-19 epidemic that broke out heavily in Vietnam, but this Group continued to affirm that Vietnam is an extremely important production location. of the Firm.

This company has denied information that it will move production out of Vietnam during the recent peak epidemic.

According to the Vietnam Leather, Footwear and Handbag Association (Lefaso), in Vietnam, there are nearly 100 Nike factories located in the Southeast region, responsible for manufacturing sneakers for global sale, bearing the label Nike brand so when this area had to have a long social distance because Covid-19 affected their operations and order delivery.

Therefore, during the period of social distancing in the southern provinces, some Nike orders were transferred to factories in some other countries for implementation, but there was no move to move production out of Vietnam.

Long-term investment commitment in Vietnam was also confirmed by the CEO of the company in a meeting with the Prime Minister and ministries in September this year. Nike’s CEO confirmed that there is no way to move production out of Vietnam to other countries. American businesses, including Nike Corporation, support the implementation of Vietnam’s dual goals and pledge to help Vietnam to overcome the pandemic and return to the new normal. 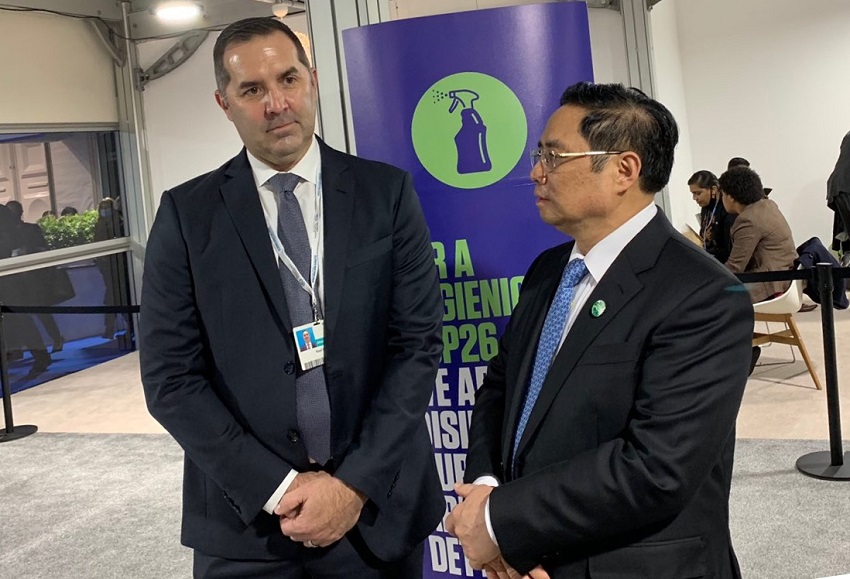 With a strategy of living safely against the epidemic and high vaccine coverage in Vietnam, Nike’s leadership still believes and is optimistic about the uninterrupted supply chain. Currently, Nike factories in Vietnam have returned to normal operations and fulfilled orders in 2022.